“Tchaikovsky and Friends” will continue the tradition of presenting symphonic works re-imagined for wind band with a performance of Russian master Tchaikovsky’s final symphonic masterpiece, the Symphony No. 6 “Pathetique.”  This intensely personal expression from the greatest Romantic symphonist was greeted with bewilderment at its premier performance, only to be regarded soon after his untimely death as the masterpiece that it is.  Also on the program is American composer Gary Schocker’s “Green Places,” a pastoral concerto for flute and band that will feature San Antonio College’s own Martha Fabrique as soloist.  The program will conclude with James Barnes’ Spanish-flavored Fantasy and Fandango on Ernesto Lecuoña’s “Malagueña.” 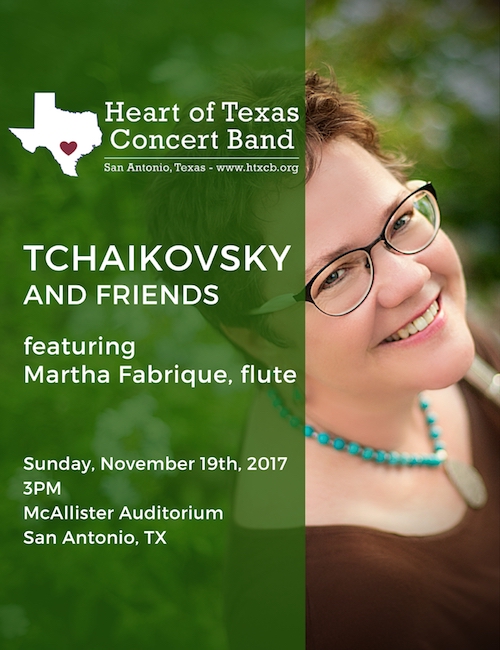 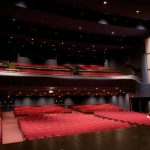 Dr. Martha Fabrique is a professional flutist and ethnomusicologist based in San Antonio, Texas. She is on the faculty at San Antonio College currently and has taught at Our Lady of the Lake University, Trinity University, and Metropolitan State College in Denver.