The 2016-17 season of the Heart of Texas Concert Band will open on October 2nd with a concert entitled “Shall We Dance?” (taking its title from Rodgers and Hammerstein’s musical “The King and I.”) The major works on the program are Arturo Marquez’s “Danzón No. 2” and the Symphonic Dances from Leonard Bernstein’s Broadway classic “West Side Story.” In addition, the concert will feature a trio of trumpeters from the HTxCB playing Rafael Mendez’s “Anniversary Polka,” John Philip Sousa’s tango “The Gliding Girl,” Percy Grainger’s “English Waltz,” and selections from John Barry’s score to the film “Dancing with Wolves.”
Add this concert to my calendar 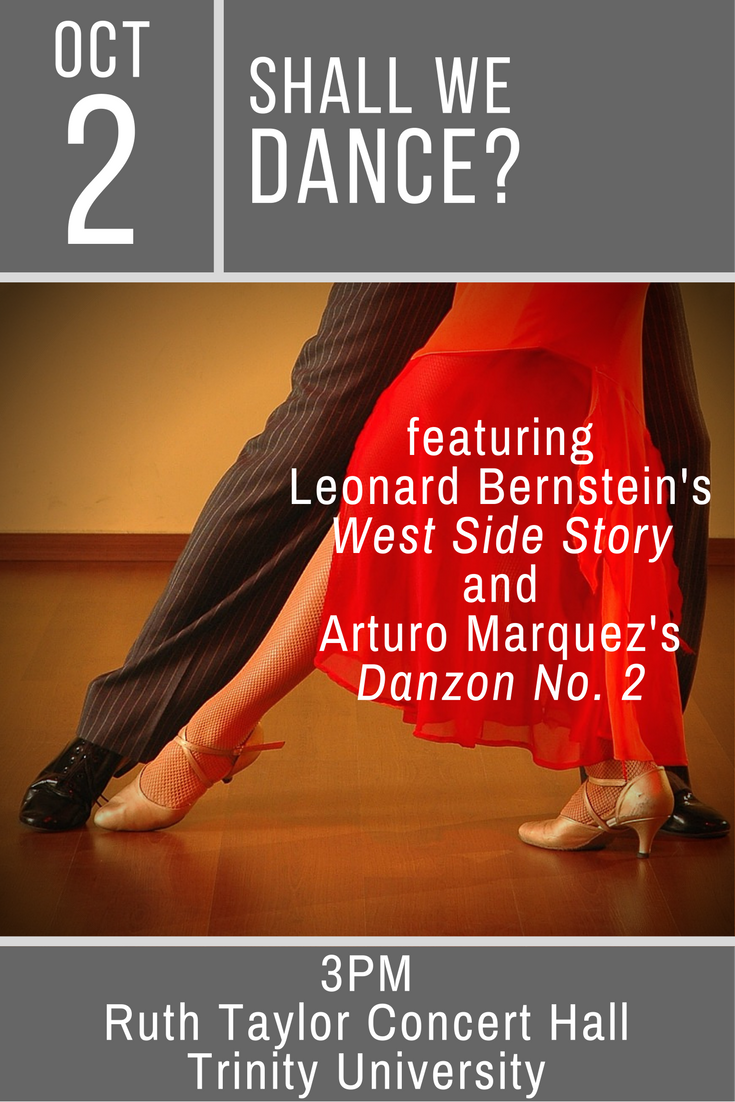