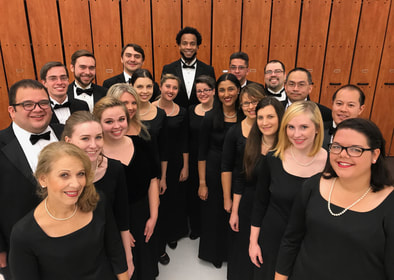 Sonoro was formed in 2017-2018 and is a 24-member mixed-voice ensemble drawing talent from the ranks of the Choral Society. The chamber choir serves as an outreach of the Choral Society and offers individuals with advanced musical skills an opportunity for further growth. Performing more specialized repertoire, Sonoro is featured on season concerts as well as at its own performances, such as appearances in the Chapel of the Incarnate Word, the San Antonio Museum of Art, and with the Heart of Texas Concert Band.