Robert James Dvorak was born in Chicago of Czech and Norwegian parents on October 3, 1919. At age 8, his interest and introduction to music study was guided by Czech composer-arranger, Frank Mulacek, who gave him piano lessons and exposed him to quality music literature. At 12 years of age, he began French horn lessons with Chicago conductor and brass instrument instructor, Karel Husa. Later, he was tutored by Chicago Symphony players, Josef Mourek, Max Pottag and Philip Farkas. During his high school years 1933-1937, of greatest importance was music teacher, Louis M. Blaha, a Czech who emigrated from Vienna in the 1920’s. As Director of Orchestra and Band music in the J. Sterling Morton High School and College in Cicero, Illinois, Blaha inspired his students as he introduced them to the music of the worlds great masters. In addition, he guided them in future pursuits. He encouraged Robert’s beginning music composition efforts and advised his application for a scholarship to the original Chicago Musical College Conservatory in downtown Chicago. It followed that young Dvorak was awarded a full scholarship in composition and theory to study with composer, Max Wald. Now he had the tools to progress in his endeavor to create quality music.

It was an unexpected surprise when a career was offered with the Chicago Symphony Orchestra with whom Robert had frequently played extra horn parts. However, at this time (August of 1941) and after only three years of conservatory were completed, a call to military service subverted his goals. He was drafted and assigned to West Point, New York, where he played solo first French horn in the United States Military Academy Band and served as organist and choirmaster at the Protestant Post Chapel. Composing vocal and instrumental music continued during this period until December 1945.

Following World War II, Master Sgt. Robert J. Dvorak returned to the Chicago Conservatory in 1946 and completed his Bachelor and Master degrees in composition and theory. During these student days, his music activities included singing second Bass with the Tudor Madrigal Singers. Under William Ballard’s scholarly direction early and contemporary madrigals, including some of Robert Dvorak’s (e.g. “Piping Down the Valleys Wild” and “The Life of the Year”) were performed. Eventually the group travelled on concert tours to various colleges and universities in and out of Illinois and successfully recorded its endeavors. In 1947-1948, Dvorak founded and directed the Chicago Manuscript Society through which newly written choral and instrumental works were presented in Chicago’s downtown performance centers and judged by the city’s music critics. As a result, some of the talented composers whose manuscripts received performances went on to achieve prestigious awards and commissions to write new music.

For two years, Robert Dvorak taught music appreciation and music theory at Wilson Junior College in Chicago, taking extra church jobs to support himself and a family. At this time, he received his first commission: a Christmas cantata for soloists, chorus, and orchestra. In December of 1949, Robert Dvorak’s newly written cantata, “The Nativity,” was performed by soloists and 350 voices of the Christian Choral Club of Chicago and the Chicago Christian High School Choir at the annual Christmas concert at Orchestra Hall, assisted by members of the Chicago Symphony Orchestra. The choral conductor, James Baar, had commissioned the composer only six months prior to the December 20 concert. The music received rave reviews and bravos. “Dvorak’s music was exhilarating… it was like a fresh breath of spring in the program.” This success gave him a name and reputation as a composer.

Another unexpected turn came to this aspiring music composer-educator. Because of the Korean War, he was again called into military service. This time it was for three years. 2nd Lieutenant Robert Dvorak was appointed Assistant Bandmaster of the US Military Academy Band at West Point, New York, under Captain Francis E. Resta. This special band, in addition to regular duties at academy functions, performed at prestigious ceremonies for American Presidents, Heads of Foreign Countries, Ambassadors, Generals, and Members of Congress. Since preparations were already beginning for the West Point Academy’s sesquicentennial year of 1952, Lt. Dvorak, along with a number of composers in America and abroad, was requested to write appropriate music for the band. His composition, although originally conceptualized for orchestra, was arranged for band. It was a three-movement symphony West Point Symphony based on themes of the Academy. Today the third movement, “Allegro Spiritoso,” has become a classic in band literature. Because of the music’s popularity and in anticipation of the Academy’s 200-year celebration in 2002, Mr. Dvorak has also orchestrated Movement III as well as Movements I & II for symphony orchestra. Upon returning to Chicago in 1952, he became a prominent music educator.

Robert Dvorak accepted a position in the Music Department at Chicago Teachers College. However, the untimely death in the summer of 1953 of his high school music director-mentor, Louis Blaha, precipitated his becoming the Head of the Music Department of J. S. Morton College and High School. This administrative-teaching position was paved by Blaha himself who with his students already had been performing many of Robert Dvorak’s band compositions such as “Concerto for Trumpet” and “Concerto for Trombone and Band.” And so, influenced by popular demand, Robert Dvorak became the Director of Fine Arts for the J. Sterling Morton College and High Schools of Cicero and Berwyn, Illinois, a post he held from 1953-1980. This was an instructional complex in the western suburbs of Chicago serving the six townships of Cicero, Berwyn, Lyons, Stickney, Fairview, and McCook. His Visual Arts and Music Staff consisted of full-time teachers plus vocal and instrumental specialists including Chicago Symphony players who gave private lessons and coached sections of the outstanding Morton District’s Symphony Orchestra and the Concert Band.

In 1955, Mr. Dvorak founded and directed a summer youth music camp at Camp Lake, Wisconsin, for incoming first year music students and high school students. The project was co-sponsored by the district school board and an organization of the music parents, some of whom also served as counselors in the camp. The project continued to function successfully even following his retirement in 1980. For three summers, Dvorak also taught at the National Music Camp at Interlochen, Michigan. He conducted the National High School chorus and taught music theory and music appreciation.

From 1966-1969, Robert Dvorak served two terms as President of the Illinois Music Educators Association. During that term, he encouraged and guided 300 specially selected Illinois All-State students to France to perform for the International Society for Music Education Conference held in 1969. The audience, representing over 50 nations, included many Communist countries. This being 1969, it was not surprising that many in attendance suspected clever political motives and CIA connections after hearing the Illinois All-Staters’ superior performance of the music of living mid-western American composers. Following this experience, he was elected President of the Chicago and Midwest Chapter of the International Society for Contemporary Music and served for two terms (1970-1974). Focusing on the Morton Schools once again, Dvorak enjoyed taking his students, as well as community members, on a music appreciation and performance tour to Czechoslovakia, Austria, and Hungary in 1975.

Because Chicago was often the site of many conventions hosted by the professional organizations of which he was a part as well as other music groups, Mr. Dvorak usually assisted with some type of leadership role. He is a member of the American Society for Composers, Authors and Publishers (ASCAP). The recipient of numerous honors, he values most that the music educators and professional musicians of Illinois selected him to be their 1976 Illinois Bicentennial Composer.

Mr. Dvorak’s musical life included performing as pianist, French horn player, accompanist in vocal and instrumental recitals, and in theatre pit orchestras. As an organist and choir director, or both, he served in churches of different denominations. He guest conducted vocal and instrumental festivals of combined groups of high schools, and appeared in that capacity on many college campuses. He also lectured on various topics dealing with music and performance. Living in London for four summers brought much enrichment to him through contacts with musicians and enjoyment of symphony, opera, ballet, musicals, plays, band concerts in the park, and art exhibits. Composition studies in New York with Vittorio Giannini at the Juilliard School of Music and in Fontainebleau and Paris with Mlle. Nadia Boulanger, contributed much to his value as a teacher, as a practicing musician, and as a composer.

Since 1990, Robert J. Dvorak lives close to his son, Robert H. and two grandchildren in Richmond, Texas and pursues his “passion” which is composing meaningful music and participating in the Czech Cultural Center Houston. 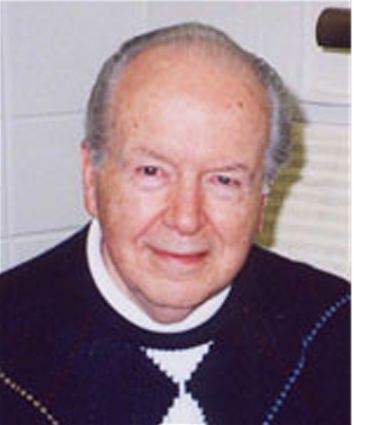