Dr. Richard L. Marple served active duty in the U.S. Army for more than 28 years retiring as a Colonel in 2010. He had the great privilege of Command in Europe and of being the Chief Medical Officer for several of the Army Medical Department’s finest hospitals including Eisenhower Army Medical Center, Augusta Georgia. He served as Chief Medical Officer for St. Luke’s Baptist Hospital of the Baptist Health System. After 2016 Dr. Marple become the Chief Medical Officer for Methodist Stone Oak and Northeast Methodist Hospitals here in San Antonio. Dr. Marple studied trombone for more than 44 years. His tutors include Peter Pettit from the University of Michigan and Ron Wilkins of the UTSA Music Department. Dr. Marple has written several concert band pieces and was recognized as a promising composer by the Ohio Musical Educators in 1972.

American Spirit was initially written in 1970 (age 16) for a high school concert band performance. In retirement, Rick has returned to his passion of writing concert and jazz band music. Inspired by Sousa, Filmore and other American march composers, Rick has re-written American Spirit for our times. 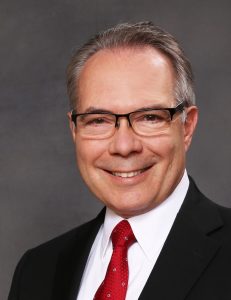