Mike Olson is retired after 39 years as a Texas band director. He earned his BM and MM degrees from North Texas State University in Denton, Texas. Mike is a Past President of Texas Bandmasters Association and a member of Phi Beta Mu, Phi Mu Alpha, TBA, TMEA, and TMAA. Mr. Olson has been on the UIL Advisory Board, TMEA Region Band Chairman, UIL Delius Award Nominee and in Who’s Who of American Teachers.

Mike began his teaching career as assistant at McAllen HS where the Varsity Band was named Texas Honor Band. He taught at Lampasas HS where the band became a consistent sweepstakes winner and then taught 17 years at Tuloso-Midway HS in Corpus Christi where the band was twice named Texas Honor Band Finalist. The T-M band also marched as a featured band in the Cotton Bowl Parade and Pre-game show. Bands under the direction of Mr. Olson have been consistent winners at UIL and festival competitions and he is kept busy as a consultant, clinician and adjudicator both in and outside of Texas. In 2009, Mike was inducted into the Texas Bandmasters Hall of Fame and is active as a performer on trumpet in the San Antonio area. 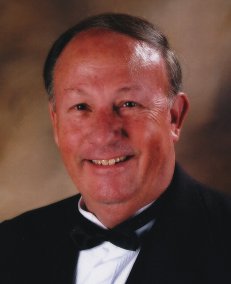