Amy received her Bachelor’s degree in Music Education from Illinois Wesleyan University in 2006. After teaching high school band in Illinois for four years, she relocated to San Antonio where she has held the position as Director of Bands at Harris Middle School in San Antonio ISD for the past five years. Amy currently plays with the Heart of Texas Concert Band and is a woodwind performer with the San Antonio Playhouse. In Illinois, Amy held the position of principal bassoonist of the Classical Symphony Orchestra in Chicago, as well as with the Rockford Wind Ensemble. She has also made professional appearances since moving to Texas performing with the Victoria Symphony and the Corpus Christi Symphony on bassoon and contra bassoon. Although a band director by day, Amy is a strong believer in never giving up the craft of playing your instrument and is very thankful to Mark Rogers and the Heart of Texas Concert Band for giving her the opportunity to perform a bassoon solo. 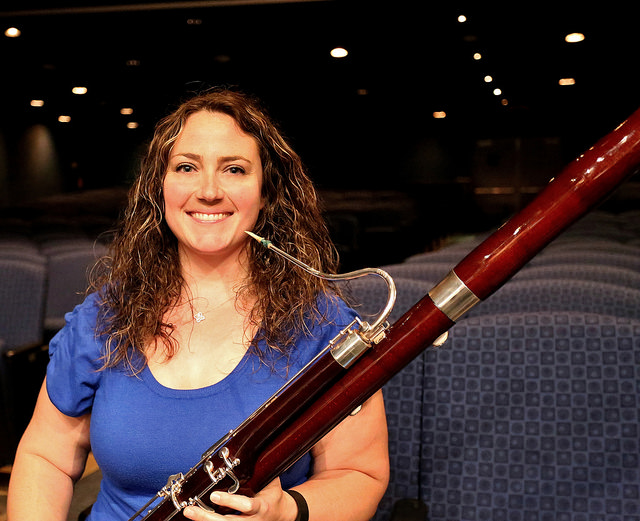